Our Lady of Perpetual Succour

The parish of Corpus Christi owes its origins to the foresight of the late Canon M. Woulfe, parish priest of Our Lady of Perpetual Succour, Old Fallings. He recognised that a large estate would develop at Ashmore Park and the need for a Catholic Church and school to serve the population. In 1955 he agreed the purchase of the present site. Fr Desmond Donnelly had already been appointed to pastorally care for the area and build up the Catholic community there.

The new parish consisted of areas, which had originally belonged to the parishes of Old Fallings and Willenhall and Mass was offered initially in the Gwyn Morgan Hall on the Lichfield Road. The congregation grew and eventually two Masses became necessary. Archbishop Grimshaw blessed and opened the church hall on 2nd December 1959 and Canon Woulfe was present to see his vision for the community unfold a little further. The hall was used as a church and doubled as a social centre. Building commenced on a new Catholic school in 1960 and Fr John Flynn replaced Fr Donnelly during the same year.

The school opened in September 1961, by which time the size of the Catholic community at Ashmore Park was growing rapidly. Clearly, a dual-purpose building could not serve the needs of the parish indefinitely so Fr Flynn proposed building a new church and presbytery. He set up the UCM, the CYMS, the Legion of Mary, the SVP and packs of scouts, guides, cubs and brownies to cater for the children and young people of the parish. A scout band was also formed and regularly accompanied processions around the estate in honour of the Blessed Sacrament and Our Lady.

In 1968 the presbytery was completed and, shortly afterwards Fr Flynn was replaced by Fr William Boyle. The idea of building a new church was temporarily shelved but a new social centre was opened in December 1976. Fr Boyle remained as parish priest until 1981 and during that time strong links were established between the parish and the recently opened prison at Featherstone. A number of parishioners became prison visitors and some remain so to this very day.

The Catholic population began to decline and between 1981 and 1983 Corpus Christi had two parish priests in quick succession - Fr Paul Chamberlain and the late Fr John Bradley. In 1983 Fr Gerry McArdle arrived and he was to remain for another 11 years giving the parish some desperately needed stability. He was directly responsible for the building of the present church, which was opened and blessed by Bishop Philip Pargeter in November 1991.

Fr John Gilbert succeeded Fr McArdle in 1994. A new porch was built onto the new church and links between the parish and Featherstone Prison were maintained and strengthened. A new full time Catholic chaplain at New Cross Hospital, Fr Paul Martin, took up residence with Fr Gilbert in the presbytery in August 1998, and in the following July (while remaining Hospital Chaplain) he was appointed as parish priest to succeed Fr Gilbert, who moved on to full time prison chaplaincy. It was during the time that Fr. Paul Martin was Parish Priest that the Church was consecrated by Archbishop Vincent Nichols.

In 2002, Fr. Paul Martin was appointed Parish Priest of Sacred Heart, Tunstall, Stoke-on-Trent, and was succeeded by Fr. Patrick Udoma, who served the Parish until 2009, when he was succeeded by Fr. Edgardo Dizon, who combined his duties as Parish priest with being also the chaplain to the Filippino communities across the Archdiocese, regularly travelling significant distances across the Archdiocese after celebrating Sunday Mass at Corpus Christi to celebrate Holy Mass for the Filippino congregations in Birmingham and further afield.  In 2014, when Fr. Edgardo moved to be Parish Priest of two parishes in Stafford, due to the declining number of priests in the Archdiocese, the Archbishop asked the Parish Priest of Our Lady’s in Old Fallings, Fr. Goodman, to assume also the care of Corpus Christi Parish, continuing to reside at Our Lady’s, with the two parishes collaborating together increasingly as a single unit within the context of a wider restructuring of the Parishes of the Wolverhampton Deanery and the Archdiocese as a whole.

Our Lady of Perpetual Succour History

This sections is still being written

The Archdiocese of Birmingham 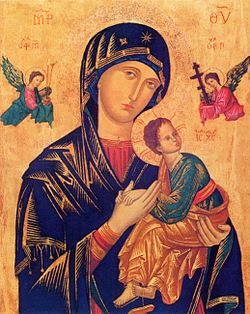 Our Lady of Perpetual Succour

The parishes are located in the City of Wolverhampton in the Archdiocese of Birmingham.

The archdiocese covers an area of 3,373 square miles (8,735 km²) of the counties of Oxfordshire (parts), Staffordshire, Midlands, Warwickshire and Worcestershire. The metropolitan see is in the City of Birmingham at the Metropolitan Cathedral Church of Saint Chad. 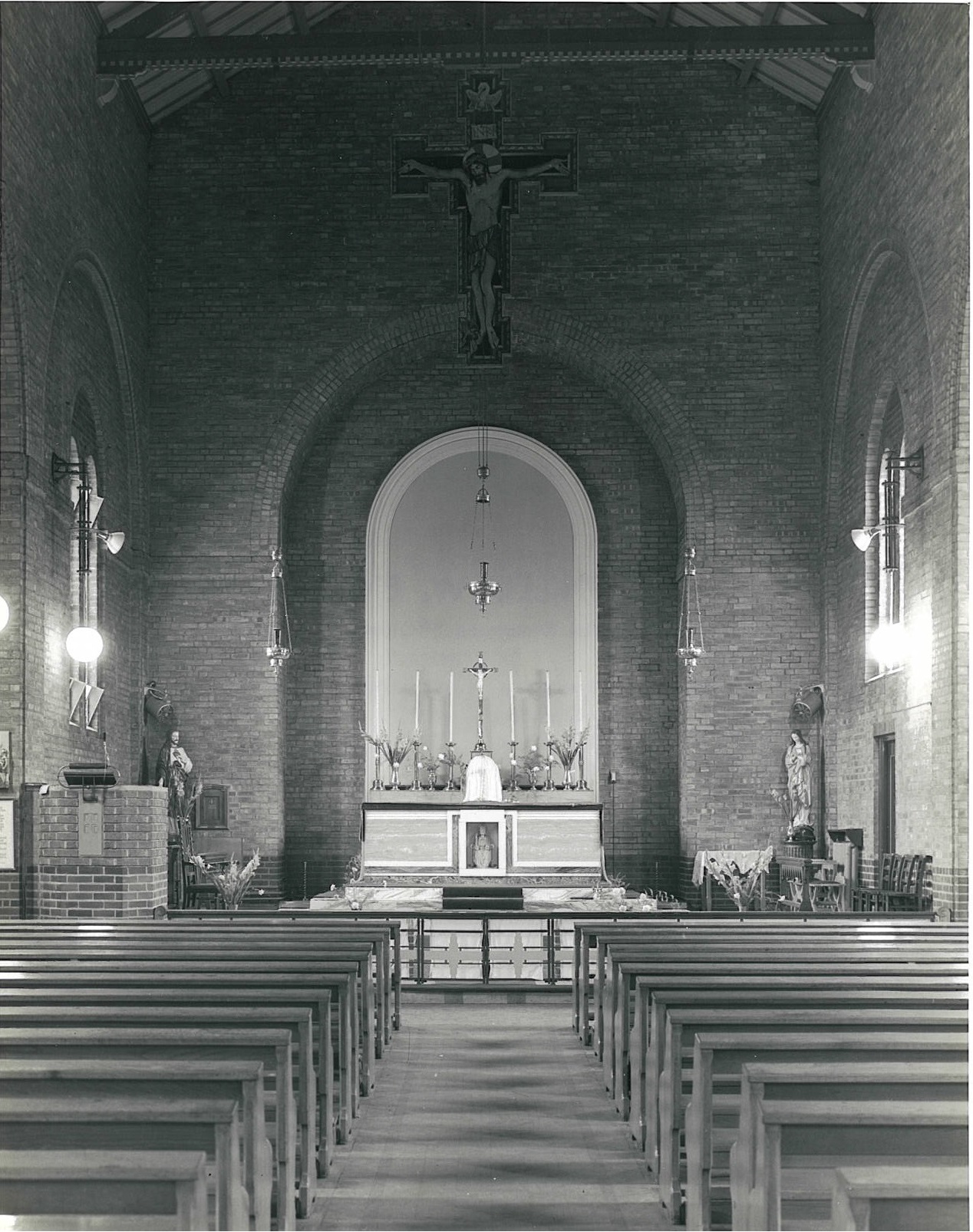 Interior of Our Lady's Church

The Diocese of Birmingham was elevated to archdiocese status on 28 October 1911.

The Metropolitan Province includes the suffragan dioceses of Clifton and Shrewsbury.